The first wave of the pandemic (Feb-May 2020) was quite difficult, with a stable and controllable summer period, followed by a much more aggressive second wave, especially from October 2020 onwards. The second wave reached its peak during January 2021, when a decline started, but before reaching the highest level of the first wave towards the end of February, a third wave started to develop, somehow milder than the second one. It is interesting to examine the differentiation by region of the general pandemic trend. The graph below, of Deaths per Million of Population, demonstrates the outlined differences. 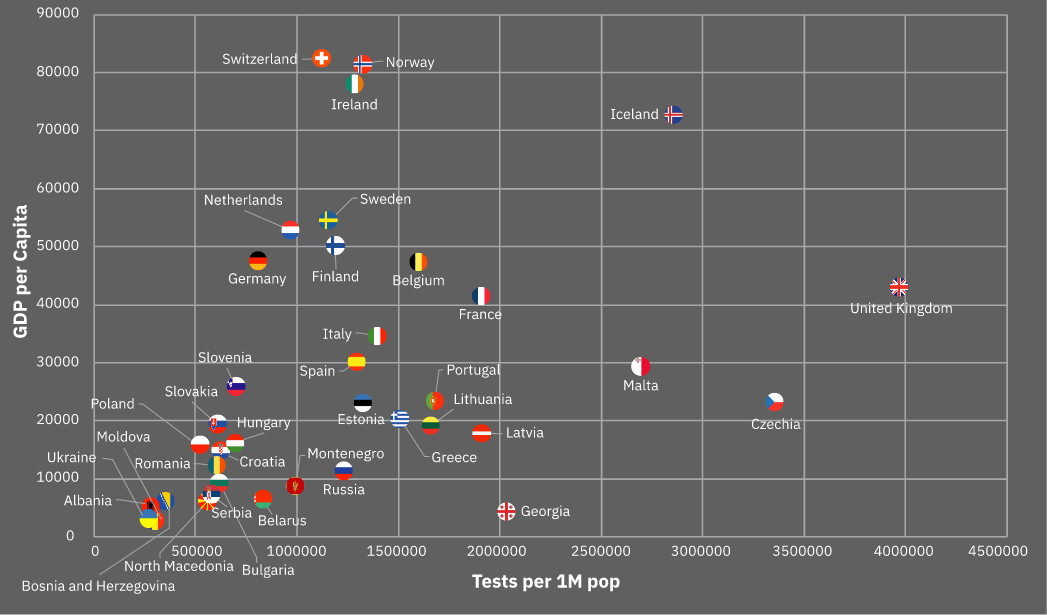 The above graph demonstrates a positive correlation between GDP and COVID-19 testing policy. There are though some exceptions to this rule, with Malta, Chechia and the United Kingdom performing significantly higher number of tests given their GDP, while Switzerland, Norway and Ireland did exactly the opposite.

GDP per Capita vs Deaths per 1M 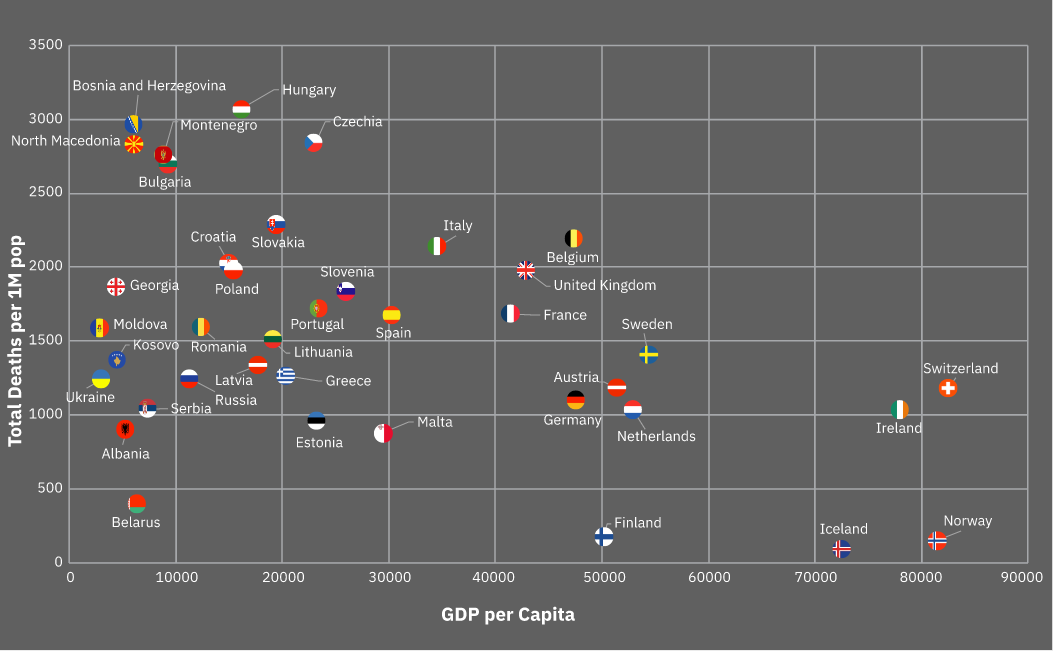 With respect to GDP per Capita, we note that there is a group of countries who perform well as far as Deaths per Million is concerned independent of the level of GDP per Capita. (Some Balkan countries, some ex-eastern block countries, Greece, Cyprus, Germany, Austria, Finland, Switzerland, Ireland, Iceland and Norway). While there is another group of countries of low and medium GDP per Capita who demonstrate much higher Death per Million index with outstanding the central European countries and some Balkan countries (Hungary, Poland,Chechia, Bulgaria, North Macedonia etc). It looks like the GDP per Capita is not a primary factor in the evolution of the pandemic in Europe. There is a negative Correlation between GDP and Deaths per 1M. (Pearson = -0.4)

© 2021 All Rights Reserved. Designed by Veesion.gr